Sky is no limiT GmbH 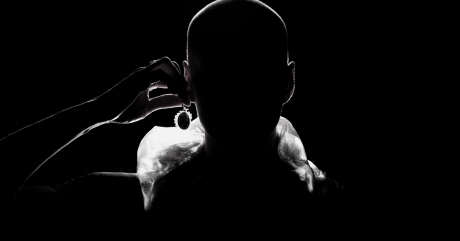 Meet me on INSTA: Sky_Lange_Ford

Who is behind the label Sky is no limiT?

The label is led by managing director Sky Lange-Ford who meanwhile has operated more than 30 years of design  experiences so far.

"I have accumulated so much experience over the years - from working in events management to professional lecturing at a make-up artist academy to being a selected artist-in-residence at a Shakespeare Festival in the USA.

Already as a teenager I was creating fashion from everyday materials in a collective with other classmates. This project was so successful that we were invited to represent the German city-state of Niedersachsen (Lower Saxony) at the world exhibition in Seville, Spain. We were cited as an exemplary school project and, as a result, I found myself giving lectures to teachers as a young school student; I found this particularly fascinating and exciting!

One might say there was a pre-existing family disposition which led me to my job: my great grandfather was a tailor, my father a studied rigger for sailing boats.

During my studies I gained my first professional experiences in the field as an officially selected young designer, participating in national conventions and conceptual conferences. I was also involved in events management through the organization of fashion shows. With these experiences it became crystal clear that I had to let my own creativity take flight."

Creating a perfect picture is a lot of work. Preparation and styling in front of the camera creates an authentik look.

„As a trendsetter in the wedding accessory industry, I also consult other fashion labels. In this function I take over the consultation of collection and catalogue production.

I’m constantly tracking down new materials for my creations and as a designer for other companies, I have the opportunity to travel all over the world.

This global and cosmopolitan influence is profoundly inspiring for my own creative processes and original designs.

Literally being 'in touch with the world' enables me to stay on top of the latest trends, drawing from the international spirit, diversity and future visions of the fashion and design industries. In addition to possessing an intercultural sensibility for Asian countries, I also have a fine-tuned analytical sense of creativity. This is a combination that keeps my job both exciting and varied.“